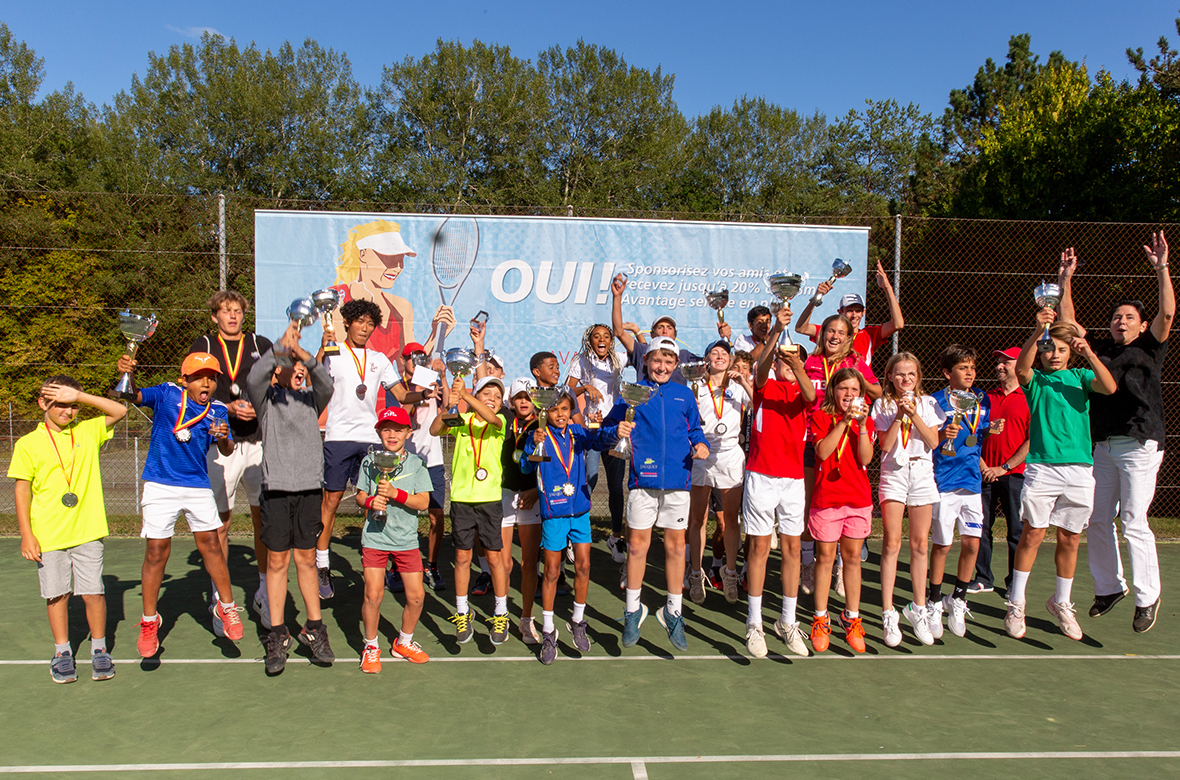 The tournament was held at the Vessy Sports Centre from 21 to 29 August 2021, with more than 300 participants.

The young players, aged between 10 and 18, competed against each other for 8 days in a total of 400 single and double matches, with cups, medals and numerous prizes to be won.

On Sunday 29 August, the day of the grand final, the tennis player and new BCGE sports ambassador Sebastianna Scilipoti, together with Lionel Fromentoux, head of the Champel branch, had the honour of presenting the winners with a BCGE voucher worth CHF 120 to be redeemed on a BCGE account. The finalists in each category received a voucher worth CHF 80.

The young champions can collect their prizes at any of our 21 branches by 30 September.